There’s Always Room for One More 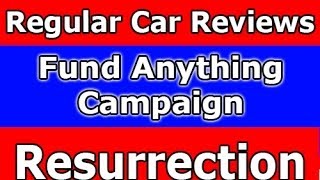 I know that feeling: it feels like there’s a video show about everything already and that there’s no room left to find your niche. If everything’s already covered, what’s the point of trying to start a new show?

There is no point in being a second rate clone of something that’s already out there but that doesn’t mean that there’s no room for you in the same, or very similar, space. Case in point, gear-head (or petrol-head depending on your location) car shows. The undisputed market leader is Top Gear. It is a giant that holds the Guinness World record for the most watched factual program in the world. Each episode has Hollywood style effects and cinematography, massive budgets and crews, big name stars and million dollar cars as subjects. They are the best at what they do and those who try to follow them, or even out-do them, are doomed to fail (I’m talking about  you Fifth Gear and the country specific Top Gear franchises). But that doesn’t mean that there isn’t room for other car shows with much lower budgets.

There are those who take just one element of what Top Gear is known for, and concentrate on doing that well. Chris Harris is well known on YouTube for his authoritative and entertaining car reviews. There are shows like Road Kill that do the popular, challenge-type segments, but they do it with a much more American, hot-rodder attitude.  Although these shows don’t have nearly the Top Gear budget, they do have backing from parent organizations (MotorTrend and Drive), so they do have decent budgets and production values.

What if you don’t have that kind of backing but you still want to start a car show? You don’t stand a chance do you? … or do you?

I recently stumbled on Regular Car Reviews which isn’t nearly as dry as the name would suggest. Regular Car Reviews is a parody car show. They poke fun at the likes of Top Gear by reviewing everyday, beater cars. It’s made by two guys, with very basic equipment, no budget, and a deliberately bad taste in graphics and fonts. And yet they’ve grown to having around 50,000 subscribers to their channel in a very short length of time. That’s nothing compared to Top Gear’s viewing figures, but Regular Car Reviews’ fans are just as enthusiastic. They survive off fans offering them their cars to review “in verbosely disgusting ways” (their own words) and they currently have more than 600 cars at their disposal. When they recently totaled their own car (a fantastically modest Toyota Echo), their fan based stepped up and gave them the funds for a replacement just to keep the show rolling. That’s loyalty.

Regular Car Reviews is hard to describe in the best possible way. Is it car comedy? An exercise in vulgar, stream of conscious, prose? Could it be called poetry?  Not everyone will get it, or like it even if they do. The camera work looks like a 12 year old trying to copy the Top Gear style. They seem to dwell on every patch of rust, worm out seat fabric, and design mistake. There’s lots of mundane POV shots from a GoPro. It’s half-awful, but totally genius in my opinion and, even if you don’t agree with me, there’s still something to be learned here: there’s still room for your show, if you have a novel idea and the passion to execute. Regular Car Reviews works because, even though it is in an over populated marketplace, it is totally different from anything I’ve seen before. I doubt their format has the staying power of Top Gear, but for now they’re breaking new ground and entertaining car nuts along the way. The takeaway is that production values matter far less than the industry thinks and that good ideas and passion are the characteristics of a show that matter.