The Pros & Cons of Being a One-Man-Video-Crew 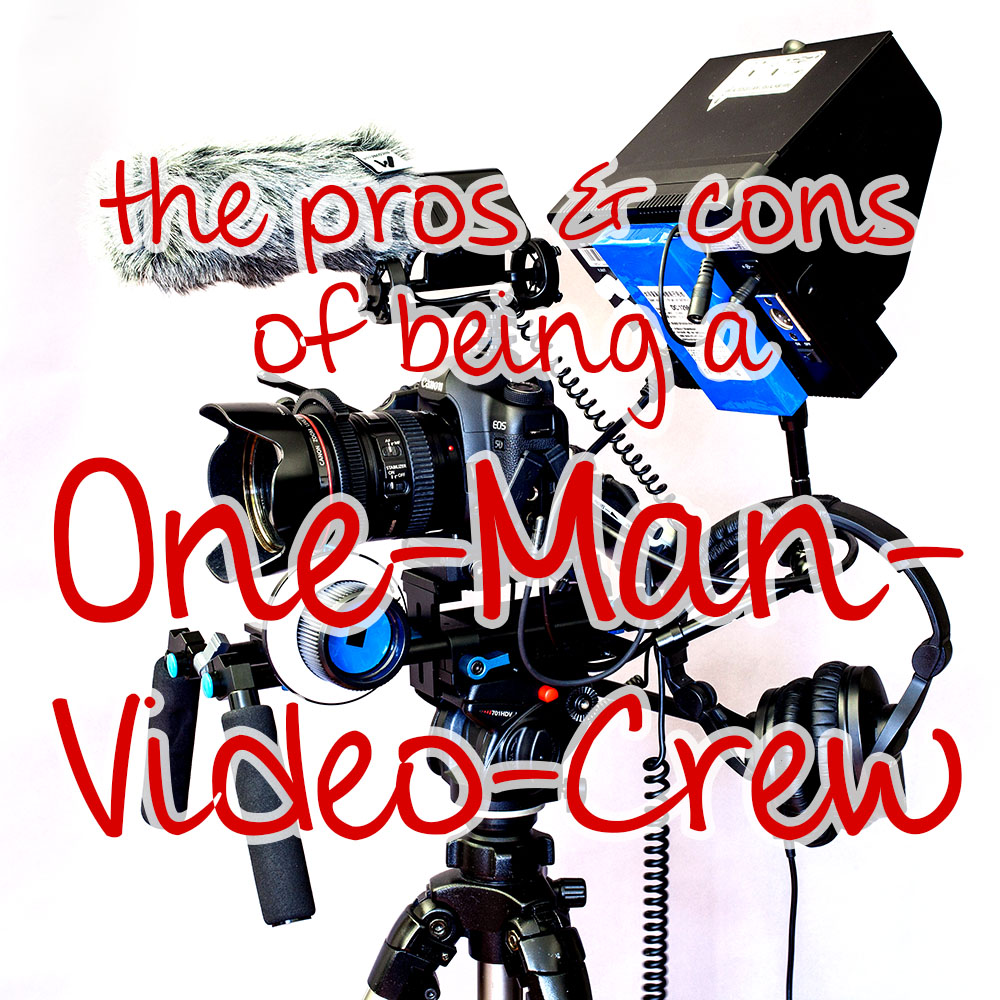 For better or  worse, I’ve become known as a one-man-crew – a Jack of all trades. But, we know how that saying goes, although, I’d argue that I am actually master of some. Of course, there are pros and cons of being a one-man-video-crew:

With all that said, I wouldn’t want to specialize and just do one thing. I like knowing enough to get the job done without anyone else. I like defying expectations. I like being asked, where the crew is, and tapping my rolling case and telling the subject, “This is it.” I like being responsible for my own success or failure. Whether you like it or not, the one-man-crew is the wave of the future, so you should learn to adapt and embrace the pros, and find ways to minimize the cons.