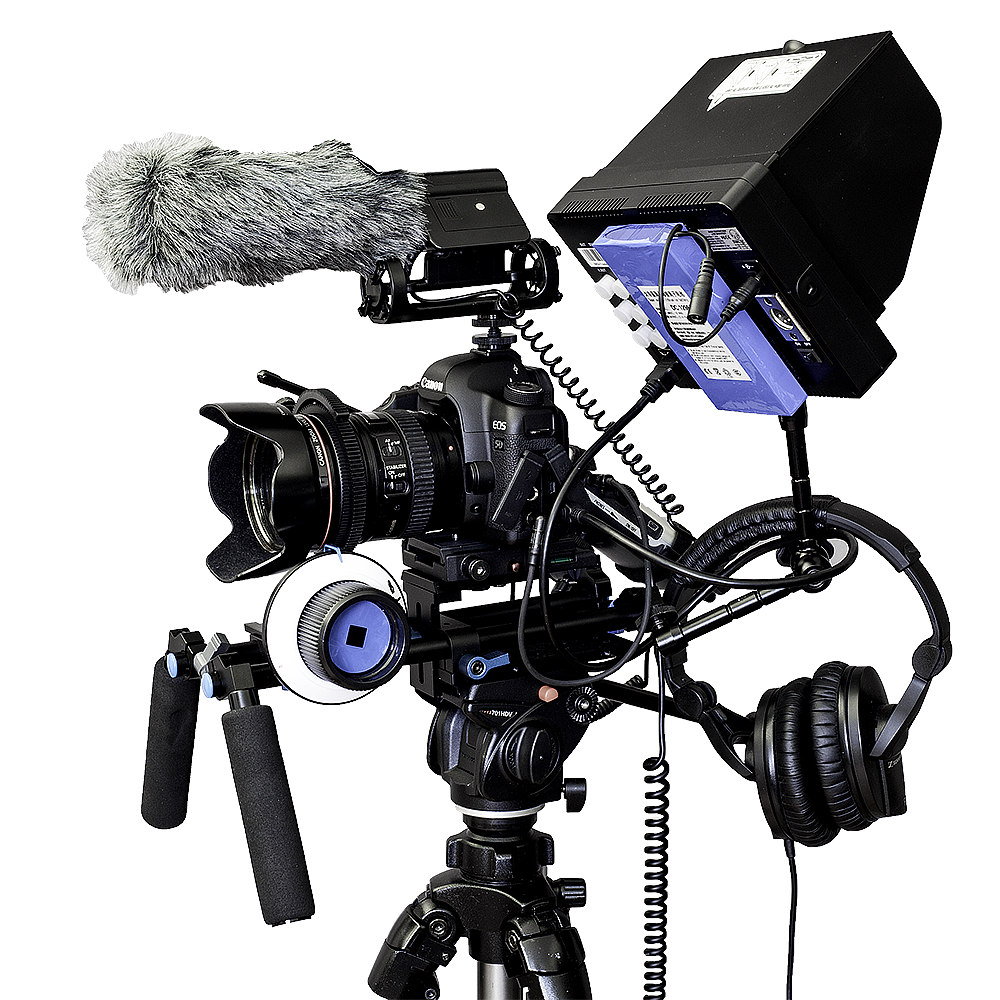 Although it goes against everything we guerrilla, one-man-band video-makers hold true, there will come a time when you can’t do it all by yourself. I have done enough shoots where I’ve flown into town with a modest suitcase and carry-on, turned up to the location an hour or two early, scouted, set-up three cameras, separate audio, lighting, run the whole thing myself and caught the red-eye home wrangling data cards in a cramped coach seat. Yes it’s possible and, if you can do this, and especially if you have done this before, you will constantly be expected to work this way because it doesn’t get much more frugal than a one-man-crew.

Just because you can do something, doesn’t mean that you should.

Being a one-man-crew is fun sometimes; you can move incredibly fast and be very adaptable with a minimal footprint, however, it isn’t always the best way to work. If you’re frazzled and tired, trying to run two or three cameras and sound by yourself can be error-prone. Too many times, five minutes into a shoot, I’ve looked down and seen the audio recorder flashing standby/armed instead of a solid light ‘recording’. You cover your mistakes and I’ve got away with the sound piped to the camera many times but it’s stressful. You never want to ask some high-powered executive to re-shoot because you forgot to hit record on the main camera. There’s a reason why, when you have the time and money, having a cameraman per camera, and a dedicated audio guy, and a PA and a grip is the preferred way to work.

I used to think these multi-person crews for a simple interview were just making work for themselves until I saw the quality of their work. With 5 days notice I was asked to shoot 80 interviews in 3 days! Money wasn’t the biggest concern in this case; getting the capacity was. Each interview slot was 45 minutes to an hour; obviously this was not the time to go it alone. I would receive no kudos for saving my company money but I would be in serious trouble if I didn’t have the capacity to get this done.

We’d just established a relationship with a production house in town and this kind of thing was their bread and butter. In very little time and with very little fuss we had three, three person crews booked, and three hotel suites reserved and we were ready to roll. I had to switch hats and quickly go from being a technical resource to a more show-runner capacity. I couldn’t even be in the room all the time footage was being captured so you have to learn to trust and delegate. Again, this is not the time to be cheap. You have to trust that your crews will get the footage and deliver it without an issue. This is not the time to hand an intern a camera and show them where the record button is. You need professionals, who know what they’re doing and give a shit. Back-to-back interviews for days is not the time to be learning the basics; it’s the time to execute on what you know.

It isn’t easy to let go when you’re used to being running everything on set yourself but you have to surrender to it that’s why the most important lesson I learned was that you have to employ the best crews you can afford. That was the hardest part of this gig but once I saw how professional and competent the crews were I could relax into a more show-runner kind of roll. The result was that we covered all the shoots and more, and that we had hours and hours of good footage and clean audio to go through and edit, but that’s another story.

This was never going to be the most creative shoot – hours of customers in sit-down interviews, in the same rooms, for days – but it had to be done and it had to be done well. Seeing professional crews work you learn about your own strengths and weakness. I am never going to be as good with the camera as a professional DP. There are subtleties about sound capture a true audio guy understands that I just don’t get. There is a time to run Reds, a time for C300’s and another for GH4’s and they’re all different. There is still a time when I throw gear in the trunk of my car and dash to a location to grab an interview by myself but I now have a better understanding about when that mode is appropriate and when I need to bring in the big guns.