How to Survive Encounters with your Central Marketing Organization 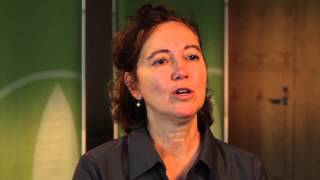 If you’re being a successful, creative, disruptive force in your company, and you’re making videos without the ‘help’ of your central marketing group, at some point you will become a target. This happened to me recently. Last year an executive asked me to make a series testimonial videos that the central video production group weren’t interested in – at least not within the budget and time-frame the executive wanted. I went around the world visiting customers, and coming back home to edit the series into something with a lot of visibility at our biggest conference of the year. I’ve never worked as hard, or felt as useful to the company. The videos were a big hit and raised my profile to the point that I become a target of the central video group.

Suddenly, a project that they wanted nothing to do with last year, they insisted was their exclusive domain this year. Some one up my management chain caved, and my big, high-profile project was taken away from me. I am now used as a threat rather than a solution: “If you don’t make these videos as we want, we’ll send in our guy and do it ourselves.” I am a missile, in a silo, pointing at Moscow, cooling my jets, and starting to go rusty from lack of use. I knew this was a possibility with this project. A mentor told me that, if we did our job right, people would always want to take the credit and to take over. He told me that, when this happened, we should count it as a success and move on to bigger and better things. Easier said than done: it’s hard to count something as a success when it is the biggest, and best, thing you’ve done to date, and it’s taken away from you. I learned so much on the first round of this project; things I was hoping to be able to apply to the next round to make the result even better. I thought I would get to create one more series before it was taken away from me.

If this does happen to you then allow yourself to morn a little. It’s only natural to feel hard-done to, so take a moment to work out your next move. Another instinct is to lash out: to threaten to quit or to try to sabotage anything in the project you still have control over. Again, this is a natural instinct, but this is one you should not give in to. Don’t make any decision, or say anything in haste, that you might regret later.

Once you’re done grieving, and controlling your self-destructive tendencies, the next thing to do is to work out what that bigger and better next-something is. This is the hardest step. Until you’ve got over the loss of your previous project, it’s nearly impossible to see what you should focus on next. So take a moment: mop up anything you neglected while the lost big project was the center of your attention. Channel your anger into making sure that your reel is up to date and is looking great: make sure it contains segments from that project that you’re so proud of.

Take time to explore the work of your peers, and your competitors, and look for the cool thing that they are doing, that you would like to do, and are capable of. The easiest way to get over losing a great project is to start work on something even better. The biggest issue is that, at this moment, a great project is probably not going to fall into your lap. The temptation is to sit and brood but get over that as soon as you can. It’s up to you to create your own next, great opportunity. The only way to do that is to get rid of that negative energy, get out of your own way and to start being creative again.

In my opinion, the kind of success that results in losing a project is harder to deal with than any failure, but it is part of the life of the disruptive creative.  Some times the reward for doing something well is losing that something to someone who thinks that thing is their job, not yours. Right now, I’m finding it hard to take my own advice: I’m still grieving but I’ll let you know what the next big thing is once I’ve worked it out for myself.