How to be Disruptive Without Being a Jerk 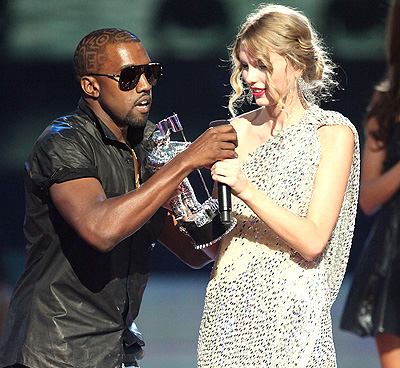 Being a guerrilla videomaker in the corporate world implies that we are being disruptive. I’m using both guerrilla and disruptive in their positive sense. The natural inclination, especially in a big company that is doing OK, and is set in it’s ways, is to go with the flow and to keep the status quo. This can be useful in the day to day operation of a business, but it kills growth and innovation. That’s why big companies seek out, and encourage, disruptive energy.

There is a difference between little Billy being disruptive in class and the kind of disruption in technology, culture and business that we want to be part of. I’ve met a lot of people in Silicon Valley, and read article and books by writers, who get the two confused.

Disruptive doesn’t mean that your default stance should be contrary. Being contrary for contrary’s sake can make you look more like an asshole than a free-thinking innovator. There has to be a good reason to disrupt the status quo.

Many times the way your company is doing something is right, so every process doesn’t need to be disrupted and changed. Let’s pull it back to the world of corporate video for a second: a big company that wants to live stream content with a multiple cameras in a studio setting, that they want to rival a news program, may have an expensive studio that costs a fortune to equip, man and run. Could you achieve 80% of that production value with a couple of DSLR’s and Google hangout? Probably not so you leave that to the big boys and you seek out those situations that warrant a new approach.

If the same company wants to send a 5 person crew to interview a customer for an internal testimonial video at great expense, that might be a time to be disruptive. That could be a job one person could do with a single case of gear. The outcome won’t be quite as slick but if you can achieve 80% of the quality for 20% of the cost it is probably worth going guerrilla. Pick your battles carefully and choose where and when to be a disruptive force

Disruptive doesn’t mean being unpleasant to work with. This goes hand-in-hand with not being contrary. Video production is a collaborative process. Even if you are a one man production team, you will be working with other people. You might be a video-making genius but if you’re a jerk to the people you encounter and work with, they will choose to work with someone else next time. The person they choose to work with might not be as good as you, but if the process is more pleasant, they will be willing to sacrifice a bit of production value. Be disruptive with a smile on your face: not a fake smile – you have to enjoy what you’re doing. You catch more flies with honey than vinegar.

Failure is an Orphan …

Being disruptive means that you have to be prepared to fail. If you’re being truly disruptive, and are challenging the way things are done around here at the moment, you are going to fall on your ass. You’re probably going to fall down a lot. When you play it safe everything you do will ‘work’ but you won’t be breaking any new ground. Prepare your boss for this possibility. Be adaptable and have a plan-B. Know when to abandon plan-A and move to plan-B. There’s a very thin line between tenacity and stubbornness.

… Success Has a Thousand Fathers

Being disruptive means you may lose the work you’re doing at some point. This is the cost of success. Once the status quo catches up with you they will want to take credit and responsibility for this work going forward (and sometimes retroactively). Know when to let go and move on to the next project, after all, you want to be the guerrilla innovator – you’re not trying to take over central marketing’s responsibilities. This is easier said than done. While you own a project you may care deeply for it and it can be hard to see that given to someone else.

Being disruptive requires some courage. You have to know when to stand up and say, “What you’re doing might be wrong.”

It means being curious. Don’t blindly accept current processes and working practices. Ask why, not just how. If you don’t know why a process is the way it is at the moment you have no way of knowing if your big idea addresses all requirements and issues.

Being disruptive means being true to yourself and it requires knowledge and experience. You can choose to be a disruptive jerk or a creative disruptive.