Case Study: Just Do It! 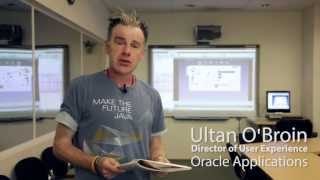 As the premise of this blog suggests, I work in a very large company making videos and other multimedia, but not in the central marketing department. I try to apply the ethos of my favorite guerrilla filmmakers to corporate video production, but sometimes, you still find yourself getting bogged down in the corporate process.

Let’s look at a recent case in point: one of the teams I work closely with also owns the usability labs at our company. A big part of those labs purpose, outside of their obvious, primary, practical use, is as a location for customers to visit, to get a feel of some of the new technologies we are working with, and products we are developing. Hundreds of customers pass through the labs every year but what about those customers who never get to visit our headquarters? A couple of years ago I did suggest to one of my colleagues responsible for outreach, that we should create a virtual video tour of the labs and the suggestion was embraced.

Unfortunately, it was embraced by too many people. Too many stakeholders became involved. There were more man-hours spent in meetings about the project than there ever were in action to move the project forward. It should have been simple but, instead, all those opinions got in the way and a couple of stiff, rough scripts were written, but it never went any further than that.

Cut to some time later and another colleague from this team came to me saying that he was going out of the country the following week to visit some partners, and could we quickly knock up a temporary lab-tour video he could use, until the official one was created.

We met the next day: me with minimal kit and he with just bullet points for a script but, in couple of hours, we’d captured the footage we needed. By the end of the day we had a final cut, and it was posted on YouTube. It’s not perfect, but sometimes you have to let an ideal go, and accept ‘good enough‘, as ‘good enough‘ turns out to be way better, and much more useful, than you ever imagined. You can probably guess the rest: no one has put any time into making the official virtual lab tours video, because, this video that two of us created from start to finish in a single day, is good enough.

When I talk about applying guerrilla filmmaking techniques in a corporate settings this is what I’m talking about. If central marketing had made this video it would be much slicker, and would have cost us much more in time, and money, than was really required just to get the message out there. Would slicker have been better? Sometimes there is something more honest about a video that’s a little rough around the edges. This video has plenty of very rough edges, and yet it still works.