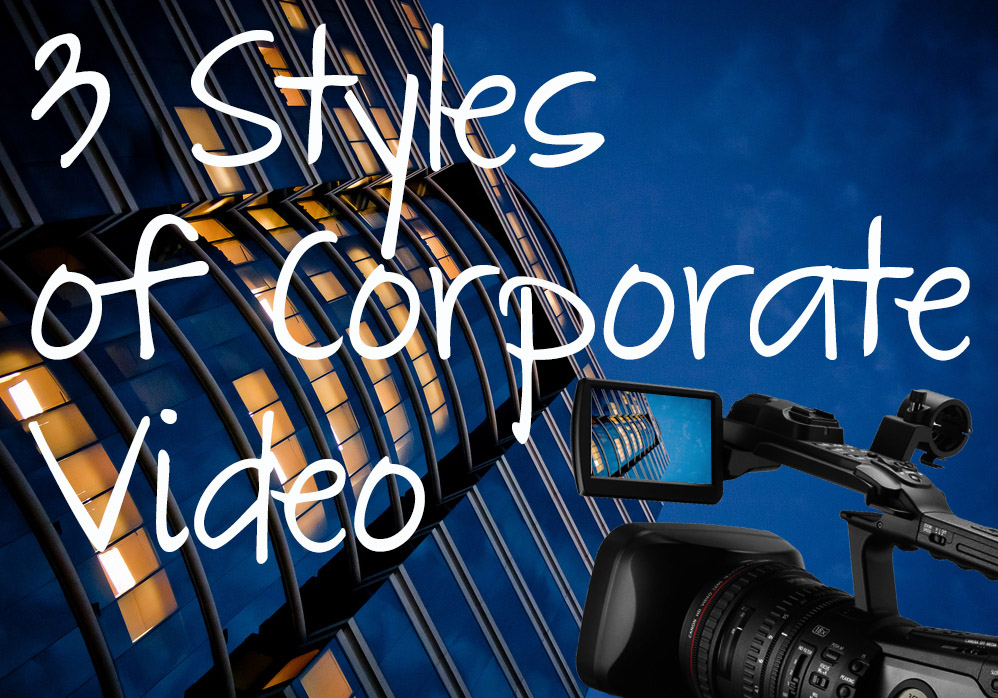 In part 1, I talked about the 11 categories of corporate videos that I see on YouTube. I often see people confusing types of videos with styles of video.  Animation, for example, is not a category of video but a style. The animation style is better suited to certain types of videos (explainer and overview videos) than others (I haven’t seen animation used in customer testimonials before) but it is best to separate the two. When you are tasked to create a type of video, you should then look for the style that is best suited to that: working the other way around is putting the cart before the horse. When you ask a client what kind of video they want to make, and they answer “Something animated” you need to cut to the type of video they really want before you get to the medium to render that message. You can also use a combination of styles: elements of screencast, animation and live action are often all blended together in overview videos, with high production values.

Anything shot with a camera, at normal speed. Includes:

The bread and butter of software demonstrations, etc. Either recorded using special software that runs on you Mac, PC or Mobile or filmed with a camera pointed at a screen. Both have their pros and cons: when you save direct from the screen it is very clean but it can look strange to see a ghost typing on an iPad so some people prefer that you film the screen being used so that you see the interactions between the user and the machine. This is an aesthetic decision but everyone seems to have a strong opinion about it.

I added this just to see if you were awake. Viral videos are neither a type, nor a style, and anyone who tells you otherwise either doesn’t know what they’re talking about or is conning you. Jimmy Kimmel may be able to manufacture a viral video but hardly anyone else can and why would you want to? Web video as all about targeted viewing not getting millions of teenagers to like your video. Forget about going viral and concentrate on making quality, relevant content.

Of these types (and styles) of videos, not all are suited to the one-man-crew on a low- or no-budget project. The one-man-crew is not going to cover all the event video needs for a big conference, nor would you employ him to make your Superbowl ad. At the other end of the spectrum, a union, multi-person crew is not appropriate for a video blog. Somewhere in the middle is where the conflict arises. A testimonial video can be shot by a small crew when there is budget, or by one person if they know what they’re doing when money is tight. The resulting videos may not be very different from the end-viewer’s perspective but the territory is where one can get in trouble and get the wrong kind of attention from management and the central marketing department.