Inspired: Side by Side 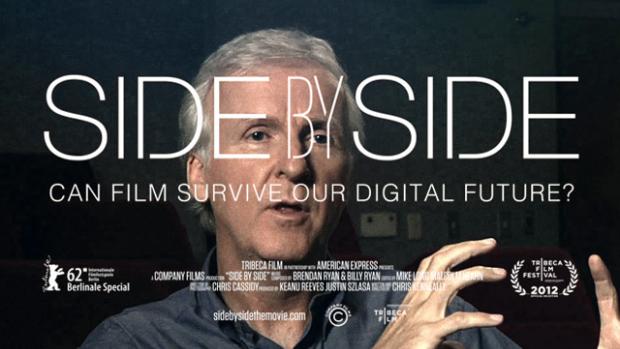 If you’re on Amazon Prime or Netflix (if you’re into movies you must be on at least one) and you have 99 minutes to kill I heartily recommend the documentary Side by Side. It’s a documentary that its tagline describes as “about the science, art, and impact of digital cinema“. Keanu Reeves is our guide and a producer of this doc’ in which we get to hear from a multitude of famous filmmakers about their opinion on the current transition from film to digital. These voices, apart from perhaps Robert Rodriguez, are the opposite of Guerrilla Filmmakers. They are the establishment and the old guard. They are either waxing-nostalgic, celluloid-holdouts or they’re technocrats leaping into the digital age and embracing the newest, most expensive toys. These filmmakers are not talking about cameras or processes that your average Guerrilla can afford to use but the debate is interesting despite this. The interest lies in watching the Luddites claiming that digital is the end of cinema as they feel their monopoly and control failing. That’s as it should be: revolution is not without pain.

A small section deals with the HDSLR movement in an off-hand way with established filmmakers predictably dismissing them while up-and-comers embrace them.  The whole thing reminded me of the arguments in still photography a decade ago that are now mostly forgotten. Side by Side is well crafted (digitally natch) but I wonder if it is of interest to anyone but other filmmakers and how long it will be at all relevant. That’s a pretty small audience and a pretty tight window. In the meantime, get it while you can as and I’m glad that these documentary filmmakers took the time to mark this moment in cinema history.