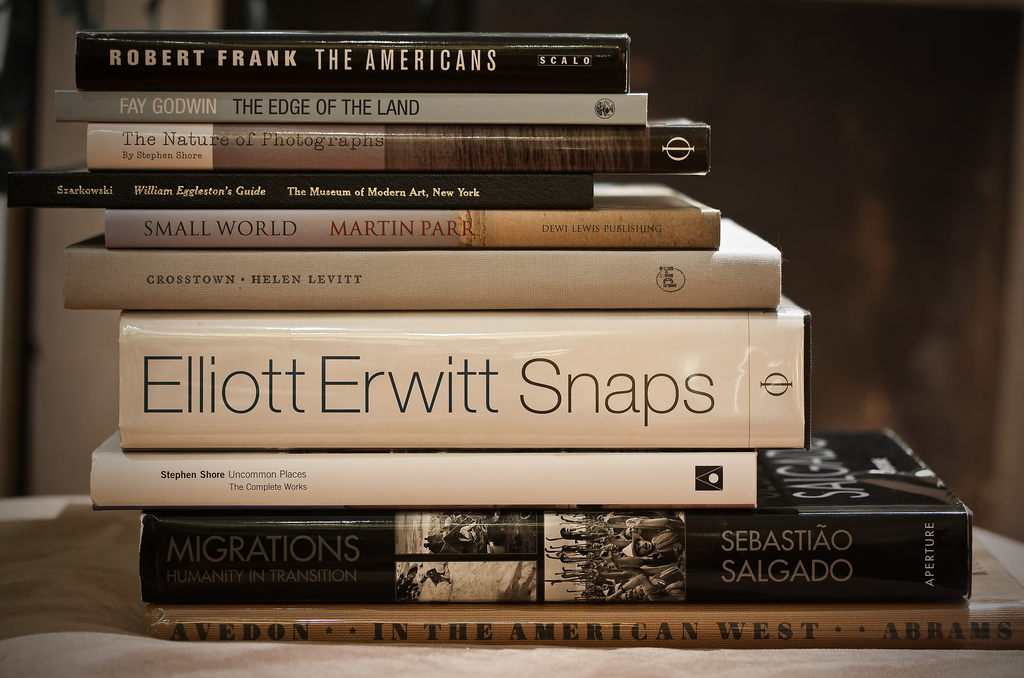 Although no one wants to read anything anymore, there are books that are still worth your time. Here’s a quick list of books I think you should have close at hand while you’re working:

Rebel without a Crew: Or How a 23-Year-Old Filmmaker With $7,000 Became a Hollywood Player

Rodriguez is the patron saint of guerrilla filmmaking; part of the holy trifectorate of independent filmmakers, along with Kevin Smith and Quentin Tarantino – with Jim Jarmusch as the first prophet. The story of how he broke into the industry has become legend (sells body to science, makes movie with proceeds, reinvents Hollywood) but it is worth reading this firsthand account. It is inspirational and well worth reading whenever you feel like one man can’t do it, or make a difference. If you don’t feel inspired to work after reading this book, you’re in the wrong profession. The trick is how to apply the contents of this book to the corporate video world. They may seem like different worlds but, in this day and age, they’re closer related than you might think.

There are a lot of books about small crew production and there are several on video marketing (usually one person on a iPhone camera or similar low-end production values). There aren’t many books on the one-man-crew style of production, which is becoming much more common in the corporate video world, and elsewhere. This is one of the few books that goes into the practical details of being a one-man-crew while keeping your production value high.

This is a great book if you’re just starting out, but, if you’re more experienced, it contains a lot of great information too. Mr Graham’s day job is producing video content for “Talking Tech” so his emphasis is on that kind of video production. That is, interview capture, with consumer-gear that emulates higher-end, TV-type productions. This is bread and butter in the corporate video world and so is directly applicable to my day-to-day work. As a corporate guerrilla video producer, it will be relevant to you too.

There’s a trend that everyone who shoots video on a DSLR calls themselves a cinematographer. They’re not. Most of them are hardly camera ops. What is true is that the first thing people will notice about your work is the visuals. The way you will stand out is the visuals so it was worth getting a little schooling on the subject.

Mr Brown’s book is one of the most recommended on the subject and not without reason. This is a book worth owning as a hard copy, rather than an ebook, as the illustrations are central to the content and they are not an after-thought. This book might be a bit too much for beginners, but you do not need to aspire to be a cinematographer on a big-budget movie to find much of value here. Even if all you do is capture interviews and b-roll, there’s a lot here that you need to know and can help you up your game.

There was a time that the small Guerrilla Film Maker’s series of books were THE go-to reference for anyone starting out in filmmaking but side-tracking film-school. They are targeted at anyone who hasn’t made a film before, but wants to. But that was the 90’s and naught-ies; as we roll through the teens of the century, these books are getting forgotten, which is a pity. They may still talk about tape-based acquisition but if you put camera technology aside, they are side very relevant.

The pocketbook is the last published in the series and lives up to it’s name, but don’t let it’s diminutive size fool you. It’s chocker-full of great information and there’s a reason that the series has sold more than 100,000 copies. The book’s style is conversational which helps make it very accessible, with lots of interesting asides and stories. Each subject and point is validated by people in the filmmaking industry. It’s a great book to read cover to cover, but it’s also useful to have close at hand, to dip into as and when you need information. Like many other fans of the series, I just wish they’d release a new book more relevant to our time. In the meantime, everyone should read the pocketbook.

Burn Your Portfolio: Stuff they don’t teach you in design school, but should

I’ve mentioned this book before, but there’s a good reason it turns up again in this list – it’s that good.

As mentioned before, this book is targeted more at graphic designers than filmmakers but 90% of the content is as relevant to the world of video production as it is to graphic publishing. Both are collaborative efforts: even if you’re a one-man-crew you have a manager or client you are working for and with. No one works in a vacuum and the most valuable parts of this book, for me, are concerning how to work in a creative and collaborative way. It gives great advice on managing clients and egos and how to get the job done.

This book may come at the end of the list, but it would be my number one recommendation.

These are my recommendations: if you disagree or have further suggestions please leave me a comment below.