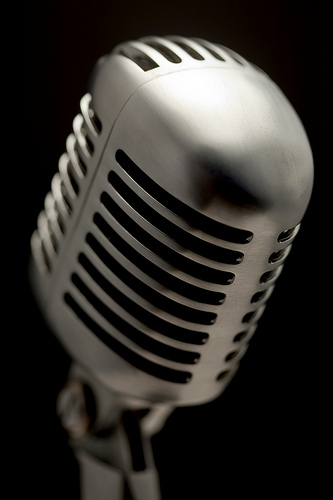 If you search for Filmmaking podcasts there seems to be so many to choose from. The problem is, it’s much easier to start a podcast than it is to keep it going so there are many remnants of abandoned podcasts out there so finding podcasts worth listening to that are still active is harder than it first seems. I’m just talking about audio podcasts: I know there are quite a few great video podcasts out there but we’ll get to those another day. I’m just talking about podcasts you can throw on while your driving your commute to help kill that time and to learn something or be entertained in the process.

Here are my favorites:

Host Elvis Mitchell is one of my favorite interviewers in any genre: as an interviewer of Filmmakers he is unmatched. His interviews are insightful without ever being try and he is the American master of the segue. Most of his guests are established actors and filmmakers but there is still something to be learned from their inspiring and intelligent stories.

The BAFTA podasts include video and audio pieces. Interviews, opinions, reviews and Q&As. The industry in the UK is not quite as monied an inaccessible as Hollywood – although there are a lot of big names to be found here there are also interviews with people who work in the industry behind the scenes as well.

There are several podcasts on screenwriting but my favorite is  Pilar Alessandra’s “On The Page”.It may have the best theme tune of any filmmaking podcast today but beyond that she makes writing a script accessible. You may never have to write the script for a feature film but just about all film and video makers have to come up with scripts for smaller things on a regular basis.

If you’ve ever worked the a camera you might have dreamed of being accept by the alchemists known known as a cinematographers. While I probably will never rise beyond the title ‘camera man’ or ‘videographer’ it’s still interesting to hear all the things real cinematographers have to consider and how they get the job done.

The following podcasts are no longer in production but their back catalogs are worth exploring if you didn’t catch them while they were still living and breathing:

7 Things on Hulu that Filmmakers Should Watch